I’ve been slogging through my brain, it’s molasses in there. You don’t want to wander around in there. Trust me. Getting lost takes no talent in those nooks and crannies.

There are so many things that I want to pull out of that bit of gray matter. But it’s gotten worse than wandering around in the Doctor’s TARDIS.  I turn a corner and find a childhood memory. Another, and there’s one of my teen memories. Yes, predictable. Just. 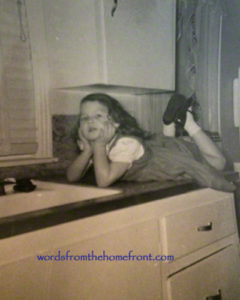 I know there’s a story in there. Wedged between the recording of Beethoven’s Pastoral and Steppenwolf’s Born to be Wild playing on the 8-track cranked up as loud as it can go with all of the windows down on the red VW bus we owned when we first married.

{Loved that bus- well, except for the part about holding it in 4th when up to speed because it always popped out of gear around 60mph}

There’s another tucked in behind the eye-opening experience at the age of 12 when I went to camp in England and saw all that London had to offer at the height of Beatlemania.

{London- you still have that draw for me}

And way back there, I’m toddling along in a backyard or at the zoo or climbing the monkeybars. There’s a story in there somewhere. 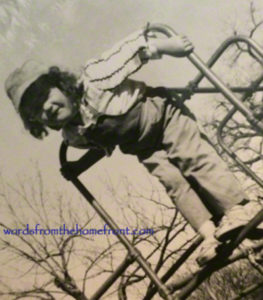 Why can’t I pull it out from under the blankets, air it out and put it on paper?

Maybe that’s what the after Christmas letdown really is, or maybe it’s the January snowed in blues.

{not that I’m snowed in where I am}

I’ll be looking for this story til March; it looks like.

Enough about me- what about you?

What’s hidden deep in there, in the back of that attic in your mind just out of reach?

How do you access it and pull it out of that thin air?

Let the words of my mouth, and the meditation of my heart, be acceptable in thy sight, O Lord, my strength, and my redeemer. Psalm 19:14

And then I read a blog post, a connection a friend sent that ties me to the word that He chose for me this year, surrender: “Dubus writes an idea in a notebook, and then leaves it alone: “I try never to think about where a story will go.” Planning is an act of control, and “I will kill the story by controlling it; I work to surrender.” (emphasis mine)

And I do. Surrender.